Hey hoopy, if you’ve found your way here, then you’re clearly a true frood, so let me begin by welcoming you to SomethingGeeky.com! 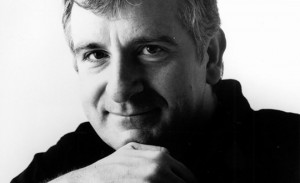 Here at SomethingGeeky, the month of May is dedicated to the life and works of Douglas Adams, with new products and promotions arriving in the weeks leading up to Towel Day (the international day of celebration of Douglas Adams’ life) on the 25th May.

Douglas Adams was a true geek hero, having penned one of the world’s most-quoted, most-referenced-in-other-works, most-loved science-fiction creations in the history of life, the universe and everything.

I refer, of course, to Hitchhiker’s Guide To The Galaxy. 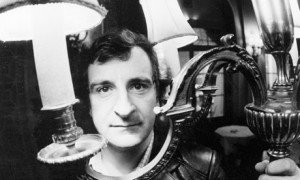 The list of phrases and inventions that have found their way directly from H2G2 (as it is sometimes abbreviated) into common usage in everyday life is too long to display here in full, but some examples are the Babelfish, “DON’T PANIC”, “Paranoid Android”, “So long, and thanks for all the fish”, the country of Norway, the number 42 and general public awareness of the importance of always knowing where your towel is.

HHGTTG, if you’ve been sleeping in an underground cave on the planet Magrathea for the last 5 million years, began life as a radio series, became a vinyl LP album, a trilogy of 5 books, a TV miniseries, a stage play and eventually a hollywood movie. 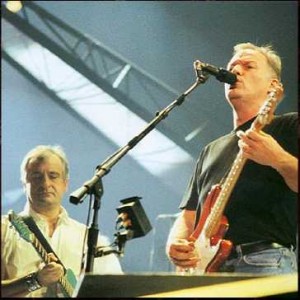 It follows the tale of Arthur Dent, a very average English man who, while still in his pyjamas and dressing gown, survives the end of the world when it turns out that a friend of his, Ford Prefect, is actually an alien guidebook researcher from a small planet in the vicinity of Betelgeuse, and not a struggling actor from Guildford as he had previously claimed.

The pair manage to hitch a ride on a Vogon interstellar demolitions ship, having to suffer through a torturous Vogon poetry session before being cast into the vacuum of space.

The chances of being rescued when jettisoned into space are very, very small.  Improbably, they are picked up by a ship called the Heart Of Gold, which happened to be passing through every point in the universe simultaneously while its Infinite Improbability Drive was engaged.

To the layman, this might seem like pure surrealism, but in fact it has a basis in real quantum physics.  Anyone that has ever read an article about quantum computing will be able to see remarkable similarities in the descriptions of the two concepts.  What those same people may not realise is that Adams came up with the idea for the Infinite Improbability Drive two years before Yuri Manin and Richard Feynman devised their concepts of quantum computing.

It is no accident that Douglas Adams has gained such a devout following in the sci-fi community. 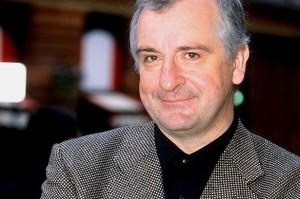 Hitchhiker’s Guide is not Adams’ only claim to fame.

To his name he also has two Dirk Gently (“the holistic detective”) novels that have since been made into BBC TV serials, a couple of Monty Python’s Flying Circus sketches (and appearances), and a number of non-fiction works.

An avid guitarist, he appeared onstage with Pink Floyd in a 1994 concert at Earl’s Court for two of their songs – Brain Damage and Eclipse, and came up with the title of their album The Division Bell after hearing the lyrics to the song High Hopes.

His legacy will live on until the end of the universe.