Geek Of The Week! 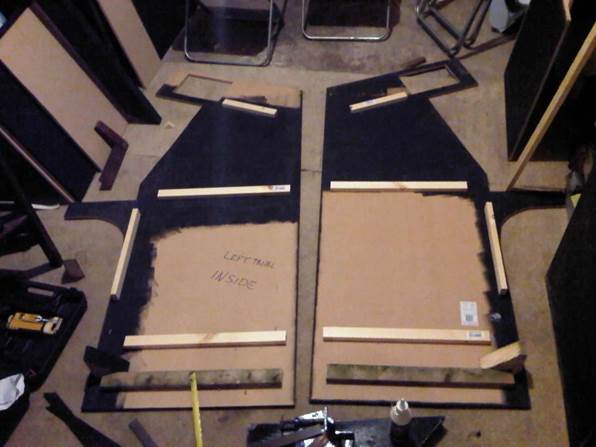 Hello readers, and welcome to Something|Geeky’s first ever GEEK OF THE WEEK award!

In these articles, we will be giving away prizes to deserving geeks who have gone above and beyond the call of duty to achieve something that inspires (or induces envy in) the whole of geekdom. 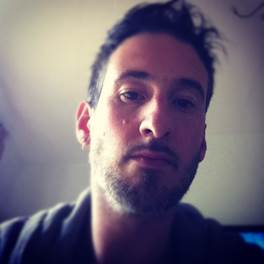 Dominic has assembled his own arcade gaming cabinet from scratch!  Over to you, Dominic…

“Its lunch-time at school 1989.  I’m 12 years old and spending my dinner money on what I thought was the greatest invention since Transformers!!  I’m talking about the day me and my mate walked into a small grimy arcade and saw Double Dragon the arcade game for the first time! 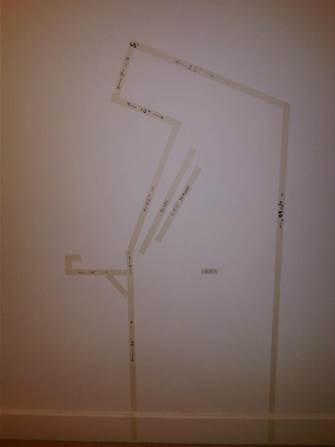 Oh man, I can tell you this was something big for me!  Life-changing stuff!!

I couldn’t get over how awesome it was.  The damn thing just opened its jaw and swallowed me whole.  It was 20p a play back then, so I was on it for ages.

From that day, I spent any time I could on it.  I was hooked on arcade machines.

A family friend owned a chip shop and I used to go there to play all the latest arcade games that they would have, like Shinobi, Splatter House and one of my all time favourite games Star Force.

I had games consoles like (Nintendo) and SEGA but nothing compared to the feeling and the sound of an arcade machine towering over you as you take it on, wide-eyed. 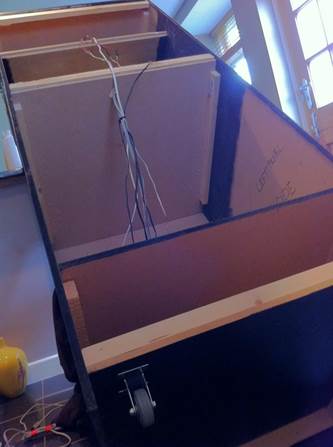 I always thought, “When I’m older, I will own an arcade machine, and all my friends can come round and we can play it until dawn!” and now that time has arrived.

When the latest games consoles gave us the chance to download all the old classic games and arcade games, I realised I could make my long-term dream come true and so I got down to designing my very own arcade machine.

All I needed was some MDF board, screws and wood glue, and I was on my way.

I fashioned the design from how I remember the 80’s and early 90’s arcade cabinets looked and got the measurements for these old boys online.  Once I had the right sizes, I made an outline of the cabinet on my wall with masking tape, this was to get the feel of the size before I started work on it. 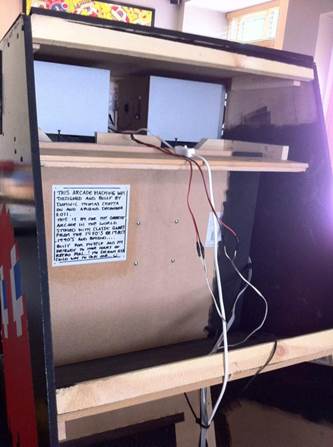 Once I was happy with the size, I then started cutting my MDF into six pieces; left panel, right panel, back, front, top and bottom and then started fixing it all together.

I didn’t really know what I was doing but I had a picture in my head of how I wanted it to look, so I tried my best to achieve that.

When I had the shell, I then needed to give it all the works like the screen, speakers and of course the game unit.  I chose to use a Nintendo Wii as they had a good back-catalogue of classic games available to download.

After I added the Wii, I added a 22inch screen and gave it a thick glass front from an old cabinet that my Nan gave me.  I had an old Sony hi-fi knocking about and this was perfect as it gave a real classic arcade sound and a fat sub-woofer that gave the machine that deep bass, just like the real thing. 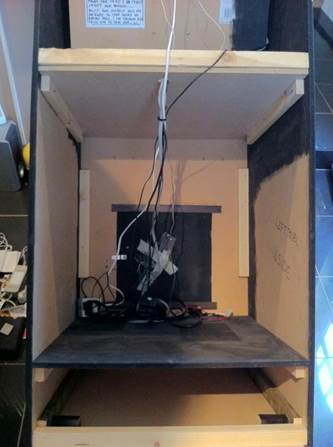 The front marquee has a light bulb behind it to light up the Mario design when its turned on and that has a perspex cover over it.

For the final touch, I came across a bundle of 2000AD comics in a skip, so I used them to decorate the front by cutting them up and sticking them on.

On the left and right sides of the machine, I painted a Space Invader and a ghost from Pac-Man to give it that retro feel.

Other than a few tweaks here and there, that was how I made my arcade machine that my friends now come round and play till dawn.” 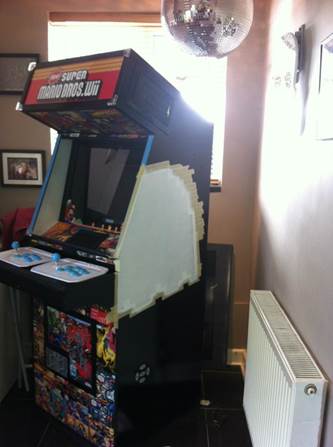 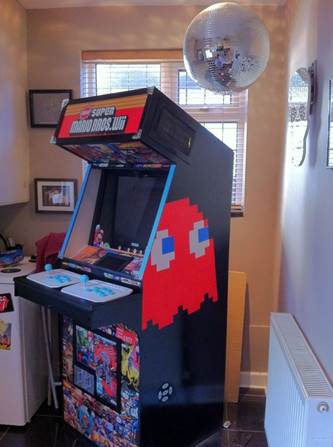 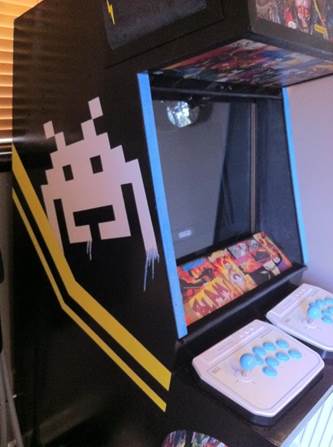 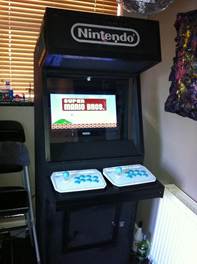 SHADOW OF THE NINJA 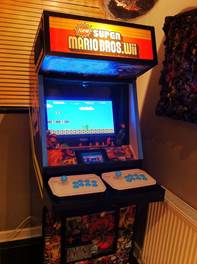 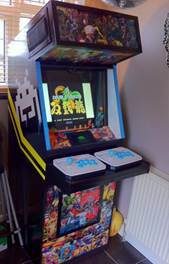 THE HOUSE OF THE DEAD

THE HOUSE OF THE DEAD II

THE HOUSE OF THE DEAD III

Dominic, we are proud to announce that you are our very first GEEK OF THE WEEK.

Dominic has received a t-shirt of his choice from Something|Geeky, plus a special limited edition Something|Geeky GEEK OF THE WEEK t-shirt.  The GotW tee will only ever be given to winners of this award, never sold, and so currently, Dominic’s is the ONLY one of its kind in existence.  It doesn’t get any more “limited edition” than that! 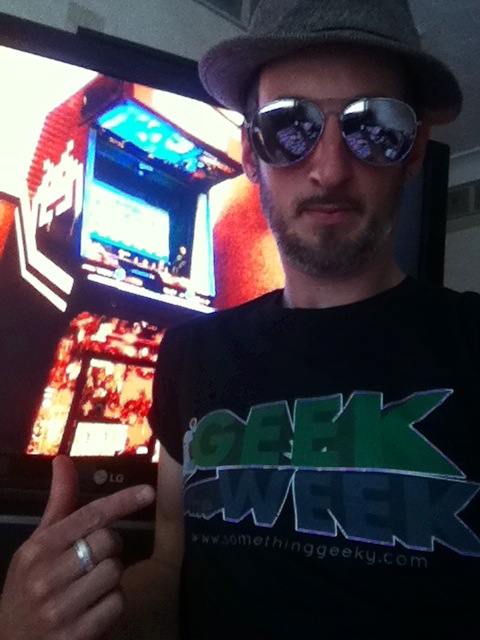 If you want one, and the FAME that comes with being Something|Geeky Geek Of The Week, get in touch via our Twitter or Facebook pages.