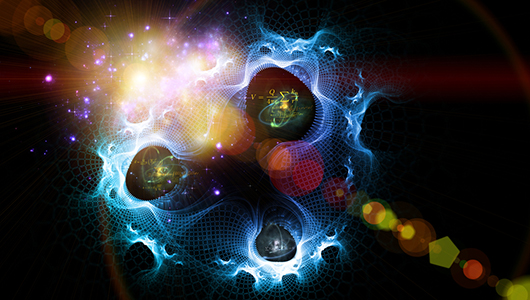 In 1935, Erwin Schrödinger proposed a thought experiment based around quantum superpositions.  The experiment is widely known as “Schrödinger’s Cat”.

Quantum superposition is the situation in quantum physics whereby a particle is in two states at the same time.  As an example, a radioactive nucleus can be in a decayed and non-decayed state at the same time.

In the Schrödinger’s Cat experiment, a cat is placed inside a box that contains a mechanism that would kill the cat if the device detected the decay of a single radioactive nucleus.

However, if the nucleus in the experiment is in the superposition of being decayed and non-decayed simultaneously, then the cat is said to be both alive and dead at the same time.

Since 1935, scientists have observed numerous quantum systems that act in the way Schrödinger’s experiment describes, but all have been on a micro level. 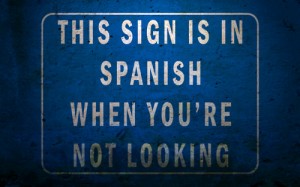 How to apply this principle to macro objects has continued to confound scientists.

Professor Alex Lvovsky of the Physics And Astronomy department of the University Of Calgary explains, “This is because large quantum objects are extremely fragile and tend to disintigrate when subjected to any interaction with the environment”.

Lvovsky and his team, however, have taken a small step towards achieving this dream, by contriving a quantum state of light made up of a hundred million photons, in which the “dead” and “alive” states of the “cat” correspond to quantum states that differ by tens of thousands of photons.

Lvovsky explains, “The laws of quantum mechanics, which govern the microscopic world, are very different from classical physics that rules over large objects such as live beings.  The challenge is to understand where to draw the line, and explore whether such a line exists at all.  Those are the questions our experiment sheds light on.”

Co-author of the study, associate professor Christoph Simon, admits that there are still some unanswered questions, “We are still very far away from being able to do this with a real cat, but this result suggests there is ample opportunity for progress in that direction.” 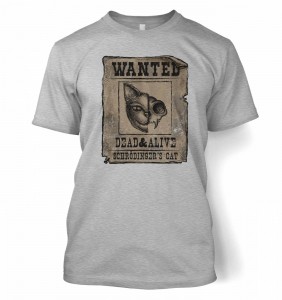 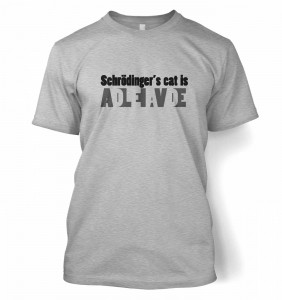 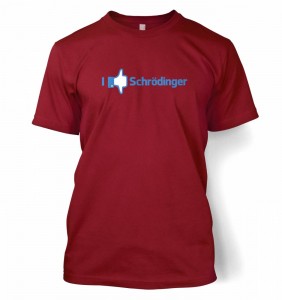 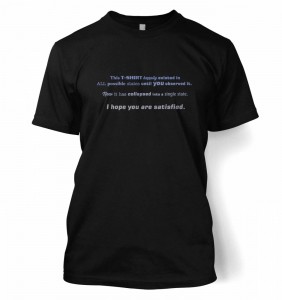 And if string theory is more your kettle of membranes, we have these beautiful Calabi-Yau Manifold t-shirts…! 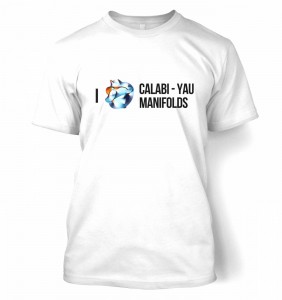 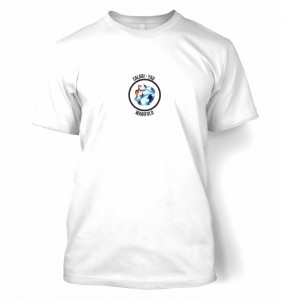 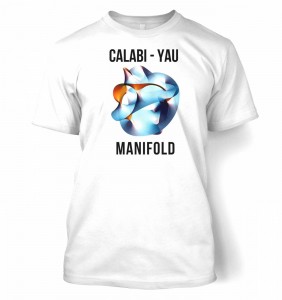