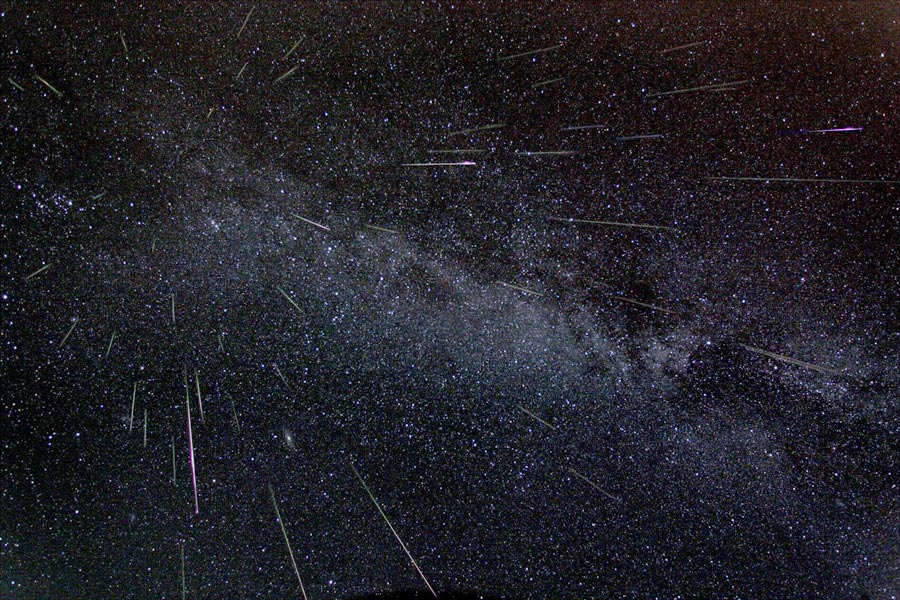 It’s that time again, the annual cosmic lightshow in the form of the Perseid Meteor Shower.

For the next five nights, debris from the comet Swift-Tuttle will pepper our skies, lighting up the night with burning dust and hot gravel (like the stuff we used to have to eat when I were a lad, if we were LUCKY) , and the occasional fireball.

The meteor shower is expected to peak on the 12th and 13th of August, just before sunrise on each day.

The Perseids are considered to be the most active and most reliable of Earth’s 64 annual meteor showers.

On average, we can expect to see dozens of meteors per hour, and if you’re really lucky, a fireball, which is the technical term for an extra-large, extra-bright meteor.

Your best chance of seeing them is to find a secluded spot away from city light pollution where there’s clear sky to the east and north-east.  The meteors will originate from the direction of the Perseus constellation in the northeast sky.

The meteors are mostly tiny specks of dust, 4.6 billion years old, and will hit our atmosphere at a speed of 100,000 miles per hour.

The Swift-Tuttle comet is one of the largest comets in orbit around our sun, at 27 kilometres across, and takes 133 years to complete a single orbit.