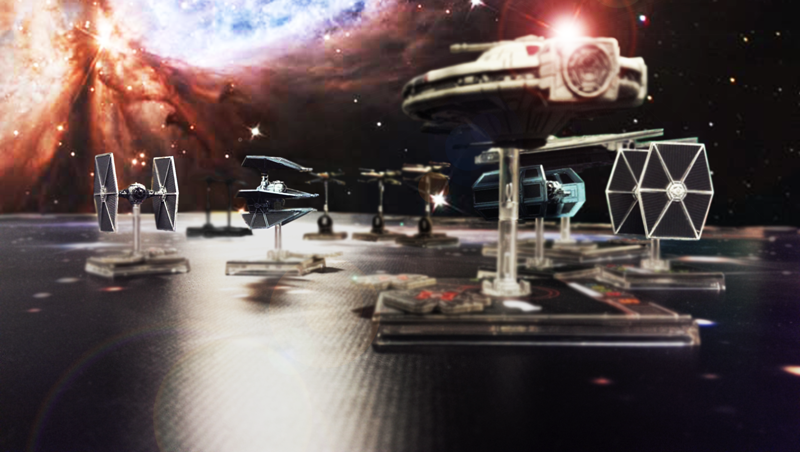 After hours at Something Geeky HQ, we like nothing better than to let off some steam by playing X-Wing on our very own space gaming mats.

We’ve had a number of people contacting us asking for more photos of games of X-Wing actually being played on our space gaming mats, and so here are a few genuine shots of some of our games that we’ve played in the factory, along with a few staged photos of one of our first prototype mats that we stashed away “incorrectly” a few months ago to test the durability of the mat material.

Not long after getting back from Games Expo 2015, I wanted to test out my new ships for X-Wing that I’d bought at the show, and so we decided to have a game one night on one of our enormous and spectacular 6×4 feet “Star Birth” space gaming mats (our usual mat of choice).

Unfortunately my colleague didn’t have his entire Rebel fleet with him, so we decided to go for a 200-point game, which he could just about manage to field.

I had no idea what any of my new ships could do, so I decided I’d just take the most expensive options for all of the new ones and then use the rest of my points the best I could.  This tactic meant that I ended up with only a handful of ships for my 200 points: a Decimator, a TIE Bomber, a TIE Defender, and two TIE Fighters. 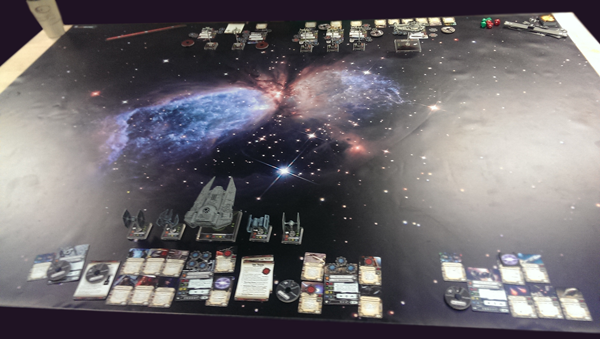 My colleague’s Rebel fleet on the other hand, was put together using a little more care and consideration than I had exercised, and so he was fielding a YT-2400 freighter, three X-Wings, a Z-95 Headhunter, and an E-Wing at the opposite side of the Star Birth space gaming mat. 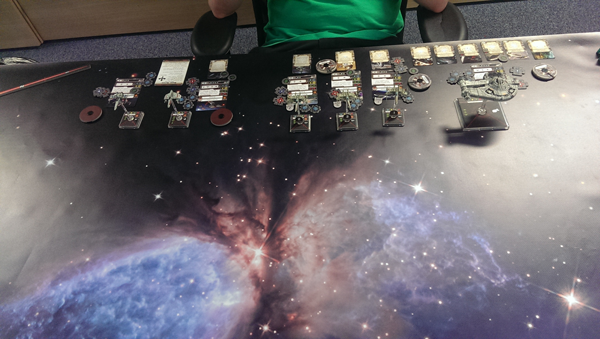 After reading that my Decimator had the ability to shield other friendly ships from enemy fire, I decided to begin with an “everybody hide behind the Decimator” tactic.

Unfortunately for me, the Decimator was not nearly as robust as I’d hoped, and so this tactic achieved little other than to prevent my other ships from being involved in the fight until the Decimator was almost dead. 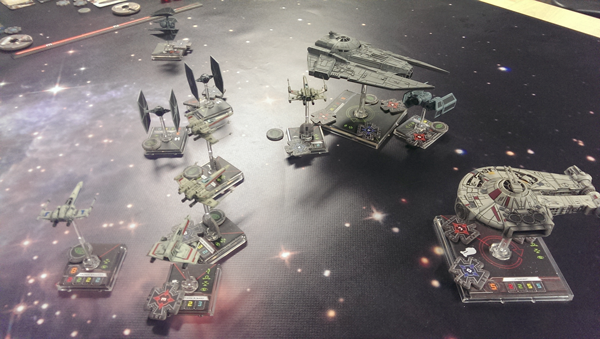 Lessons learned: Don’t try to hide behind the Decimator from the word “go” – it’s a minor feature of an expensive ship, not a tactical lynchpin; also, don’t spend all your points on the most expensive pilots and skills available, or you’re likely to be outswarmed by an enemy that took a more conservative approach to points distribution per ship.

Next time I’ll try the opposite approach, cheap as chips pilots and skills, and try to field as many ships as possible for the points, and go for the biggest swarm of ships I can field.

It definitely felt like I was closer to getting something out of the game the previous time we’d played at the factory on one of our space gaming mats, when I’d fielded four TIE Fighters, two TIE Interceptors and Darth Vader against a very similar Rebel fleet. 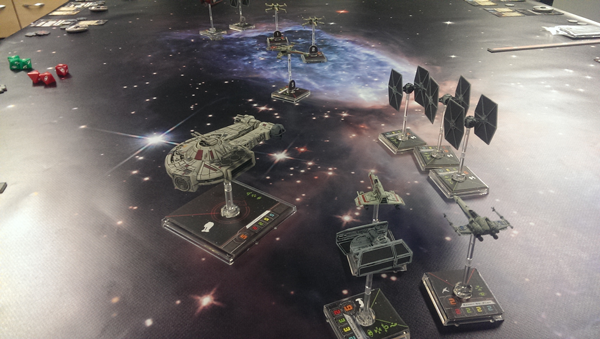 Until next time, Rebel scum!

This entry was posted in xwing. Bookmark the permalink.